The Eel canyon is named after the garden eels that protrude from the sand in the bottom of the canyons, deep off the Eel Canyon dive site, to the west of Kirk’s Forest in 38 – 58m lies the Shorouk Ship Wreck.

There are many Lionfish under coral ledges and some nice black coral bushes. You can enjoy a swim through at the bottom of one the spurs of coral-be careful with your fins though. The Shorouk Wreck was scuttled by the Aqaba Marine Park on 18th of June, 2008 to create an amazing site for technical divers. Due to its depth, coral growth happens more slowly than in the sunny waters above, the ship wreck almost looks like it have been sunk the today’s early morning. 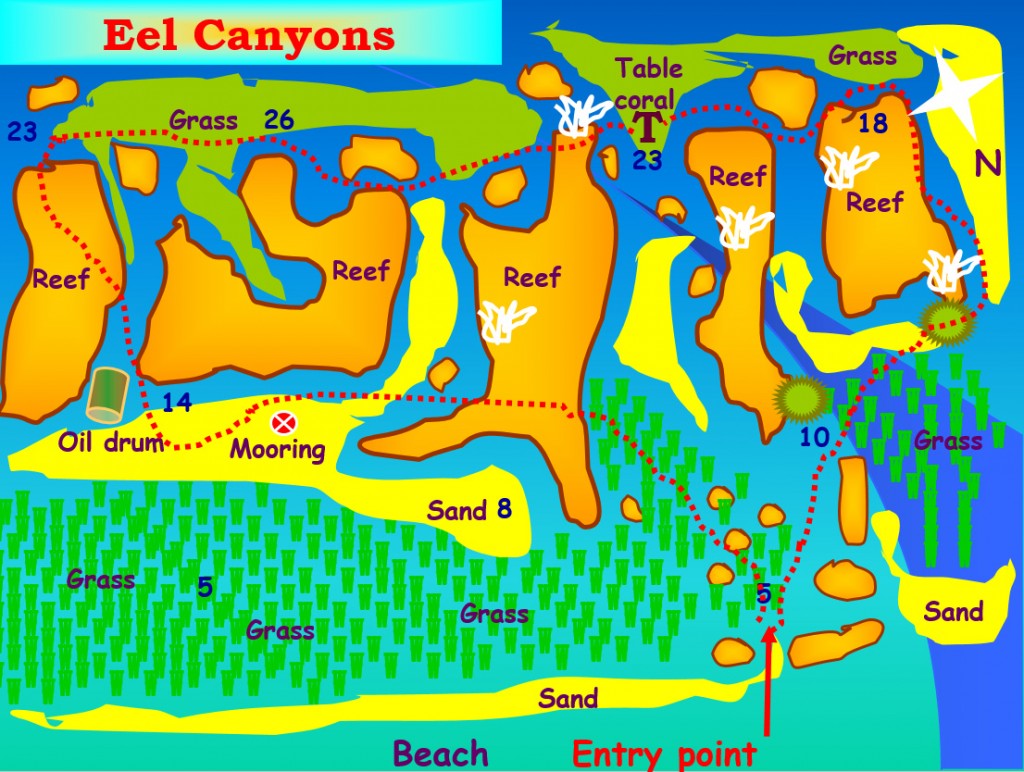