Black Rock Aqaba dive site is one of the most popular dive sites purely because of its location at a private beach club, Black Rock is a great dive site for beginners.

The coral here is shallow and beautiful. You can also reach great depths, easily up to 40m, Home to Ornate Ghost Pipefish. The northern side of Wreck Bay, adjacent to the former Tourist Camp. Entry at a gravel and shingle point, swim out and pick up the reef on the right and swim down to the planned depth, usually around 25m. Heading north there are immense coral slopes and valleys with large black coral “bushes”. Fish life emperor, snapper, crocodile fish, lyre tail, small trigger fish, wrasse, parrot fish, lion fish and scorpion fish, box fish, many butterfly fish and regularly visited by turtles. 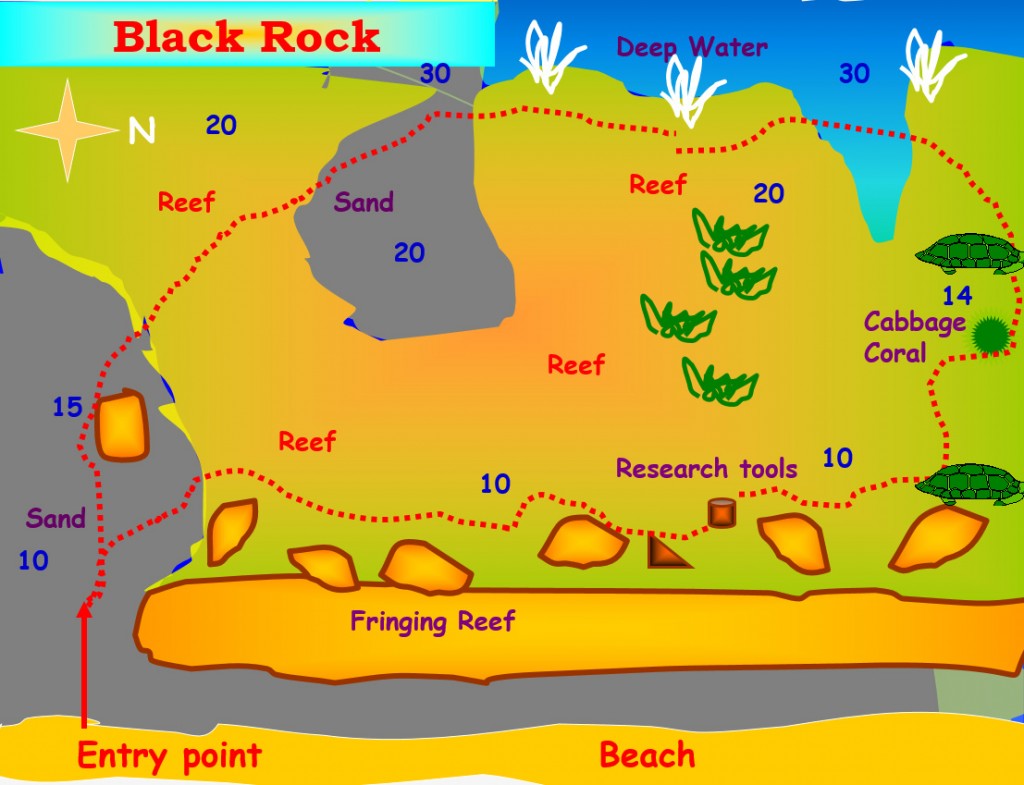